In life, everything doesn’t always go the way you want it to. Even in home decorating. This is especially the case if you don’t live alone (though you’ll still need to compromise on practical matters, such as money). When the home is shared with others, even more concessions will have to be done. Although in home decor magazines I have come across families, in which (usually) the wife decides everything. The man is surprised when he comes home from a work related trip, how the home looks like this time.

But our home is not a dictatorship when it comes to decorating. Not necessarily a direct democracy like Switzerland, but at least a representative democracy. The government tries to listen to the voice of the people and take its wishes into account in its decisions. The living room is probably the most concrete example of this. For some reason, the entire population of the household wants to spend most of their time there. The space reserved for the youngest part of the population, the so-called kids’ room, has not attracted them for other than sleeping purposes. Therefore, the government has had to take the other members’ opinions into account when decorating it. 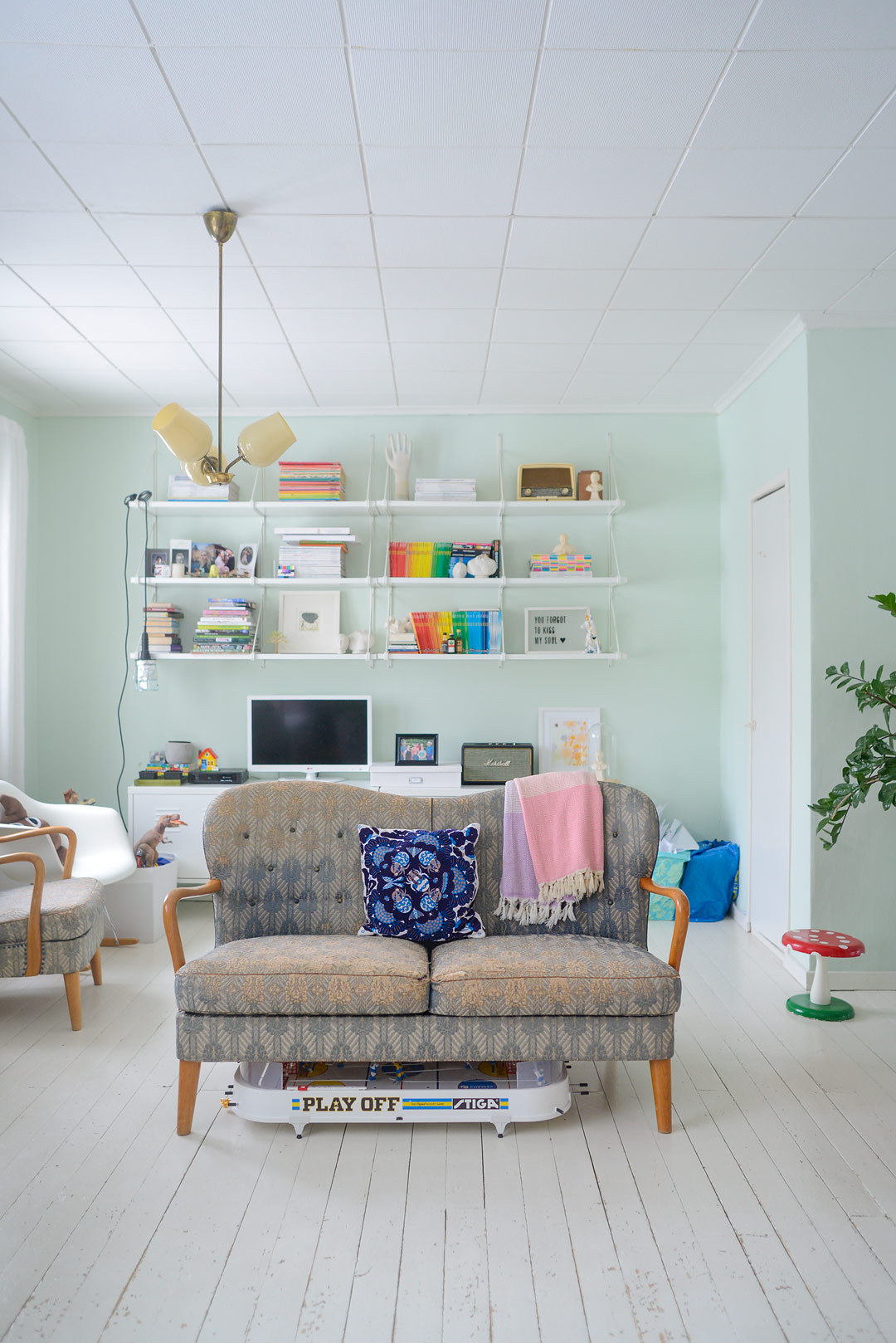 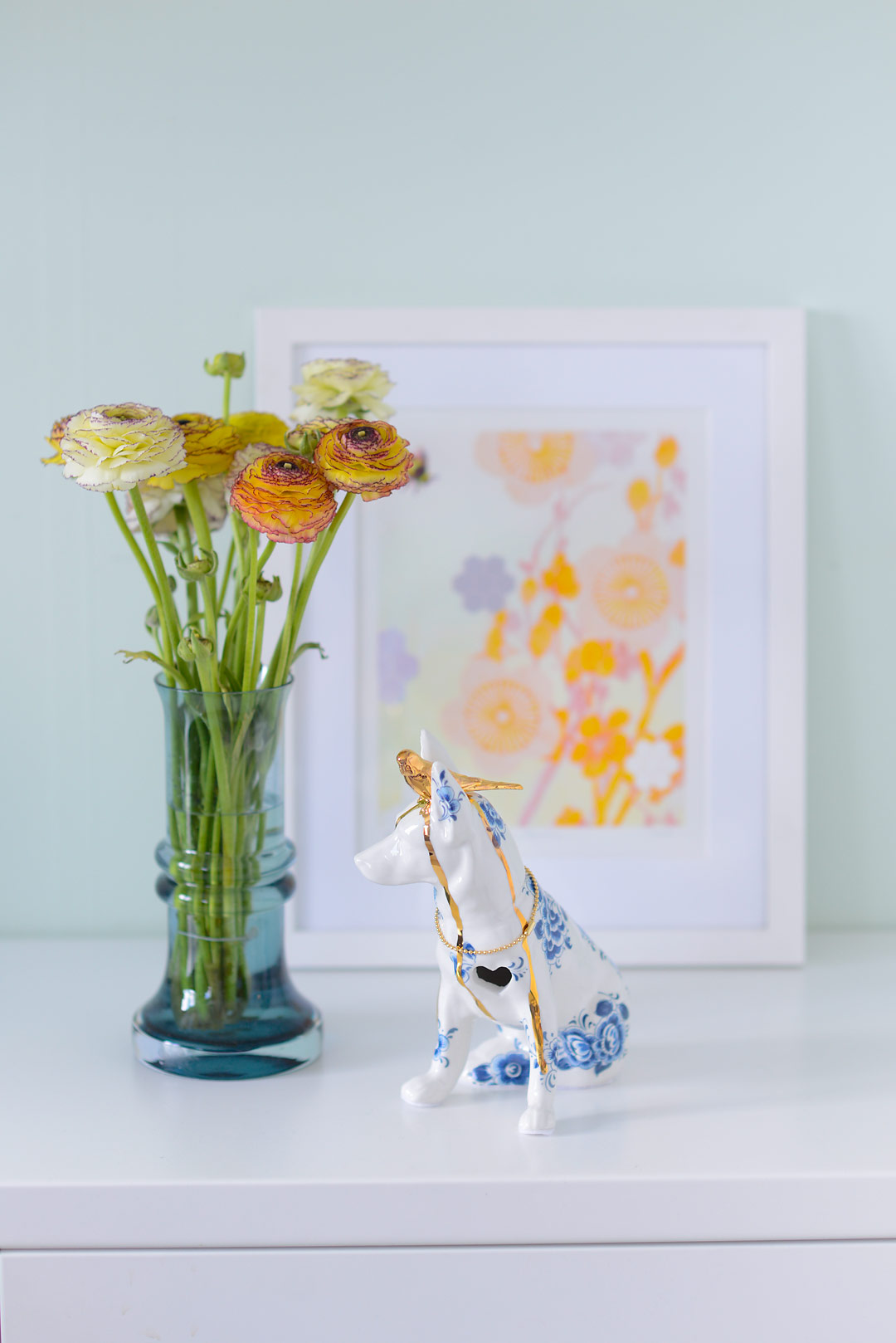 From these first images, you’ll get an idea of how the government (well yeah, you probably already guessed, it’s me) would like to decorate. Looks nice, right? But when you look more closely, you’ll notice little details that don’t quite fit in. Stiga? Lego? Dinosaurs ??? 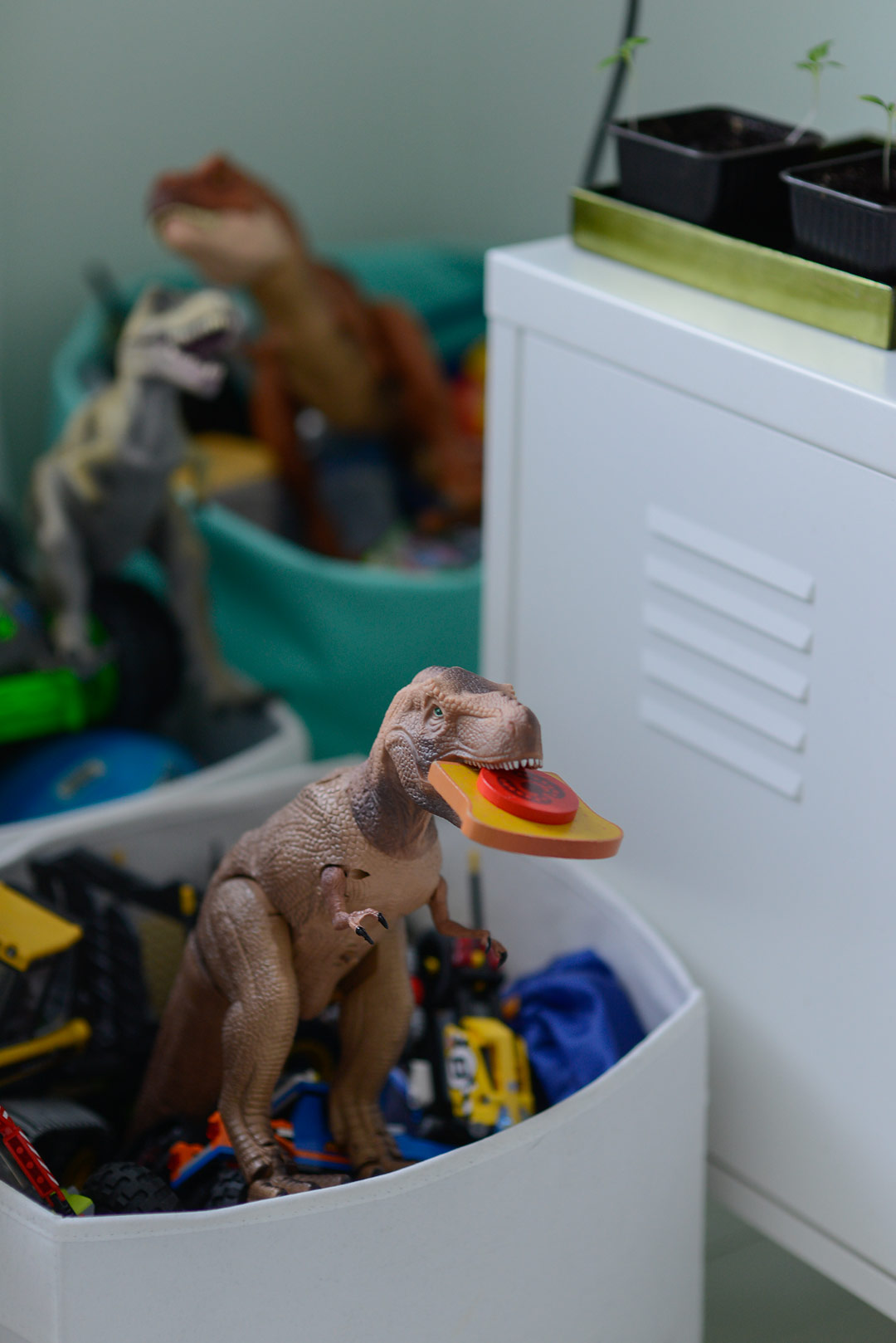 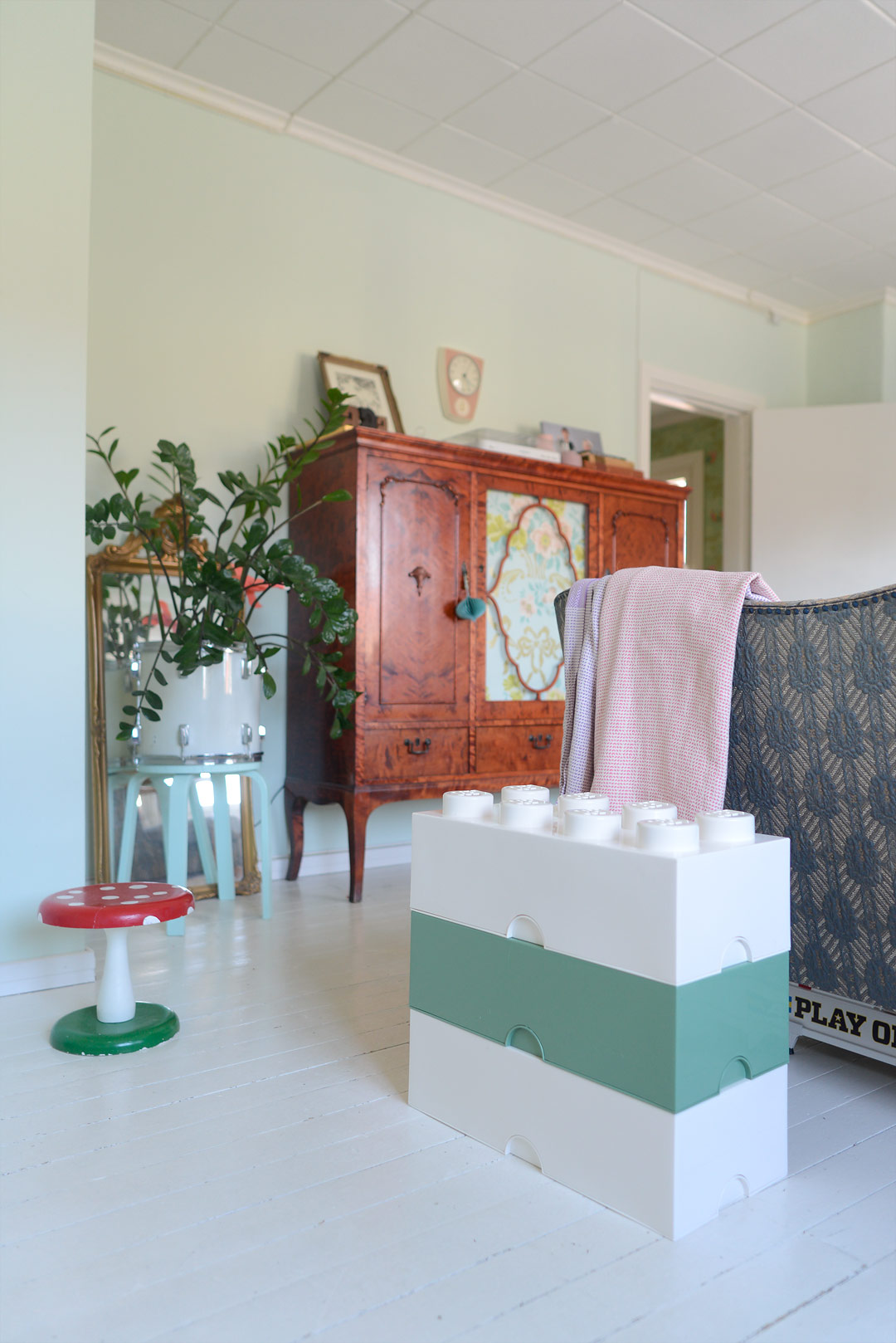 Luckily there are pretty solutions for example for Lego storage. Though these boxes already are packed full, should get a couple more. There are also three of Ikea DRÖNA fabric storage boxes. Their contents provably have not been touched for three weeks. Perhaps it would be time to reduce the amount of toys? 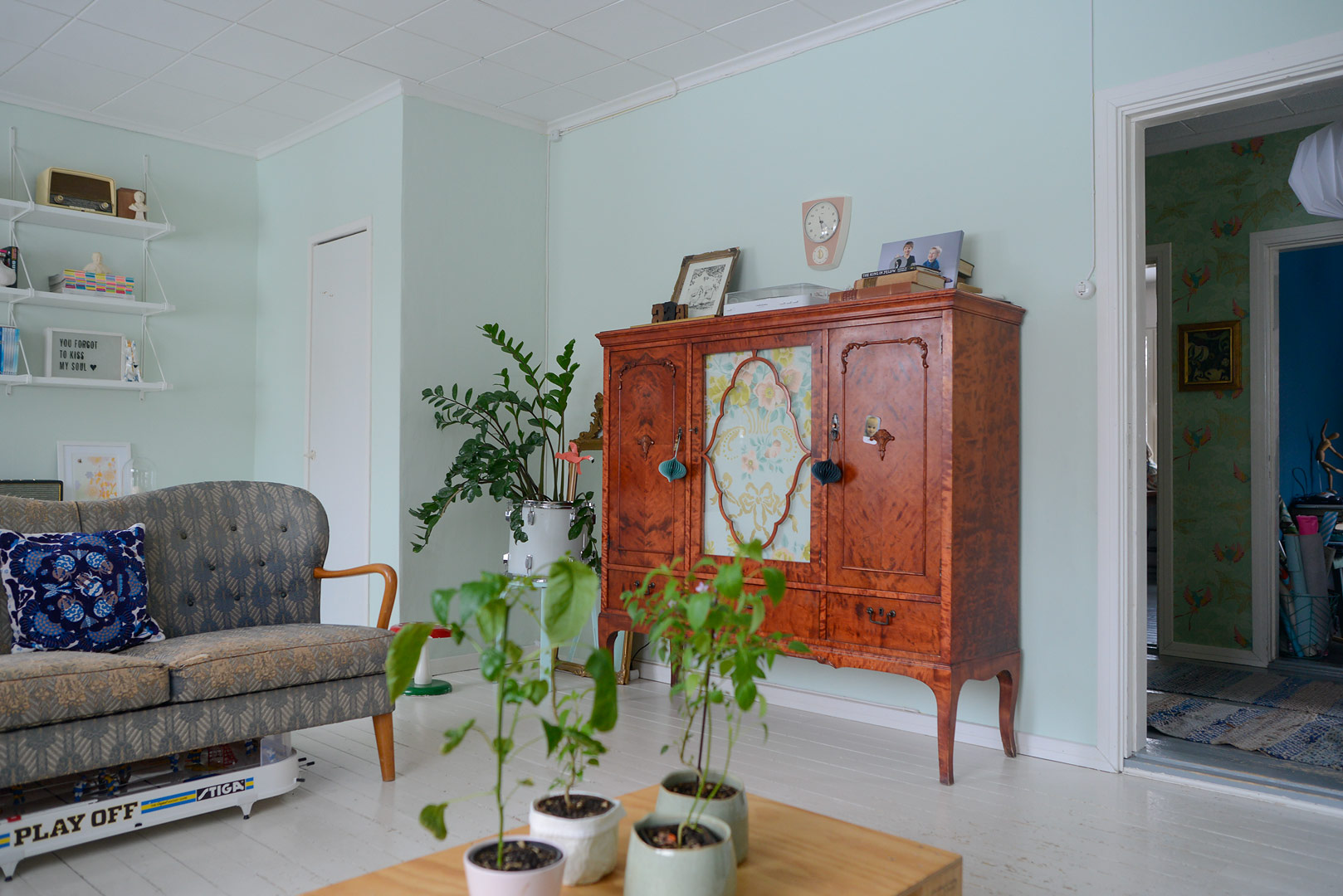 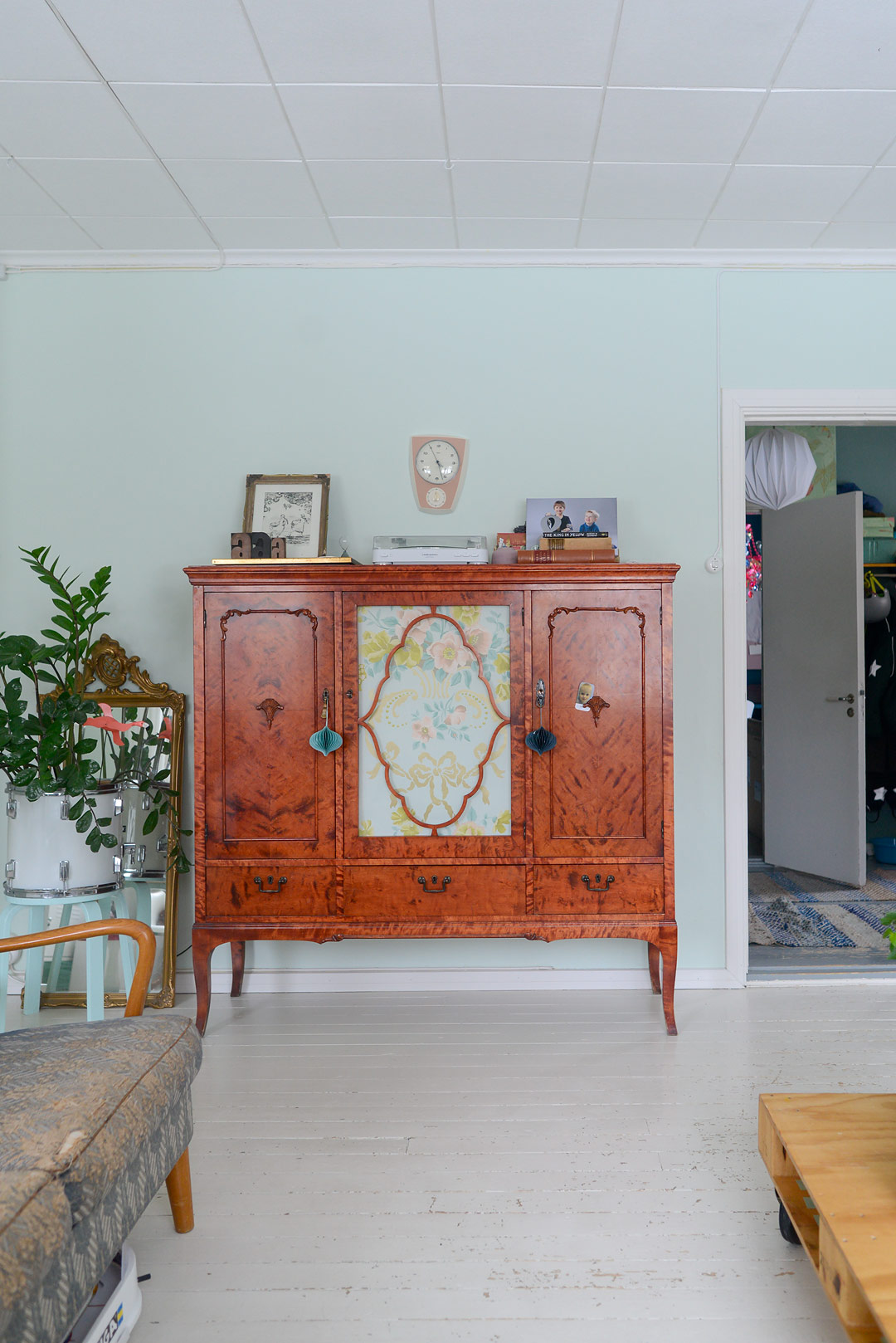 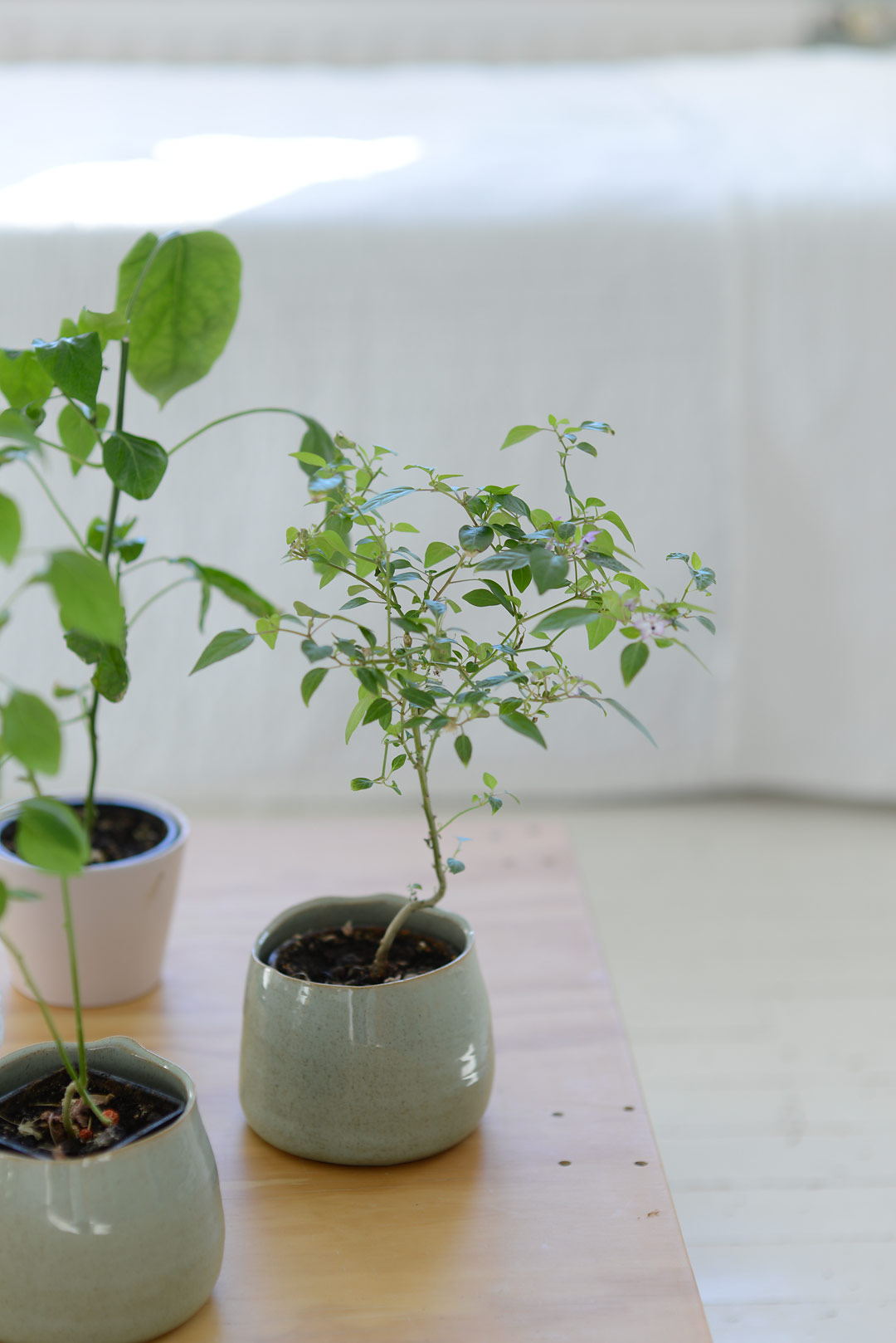 The male population is growing chillis and these days they actually look pretty nice. Previously, they were seated on an armchair in front of the window so they’d get enough light. When guests would come they were conveniently moved to another place. The coffee table was covered in piles of games, books, and toys of the younger demographic. They are still actively trying to come back.

And now to the really painful part. 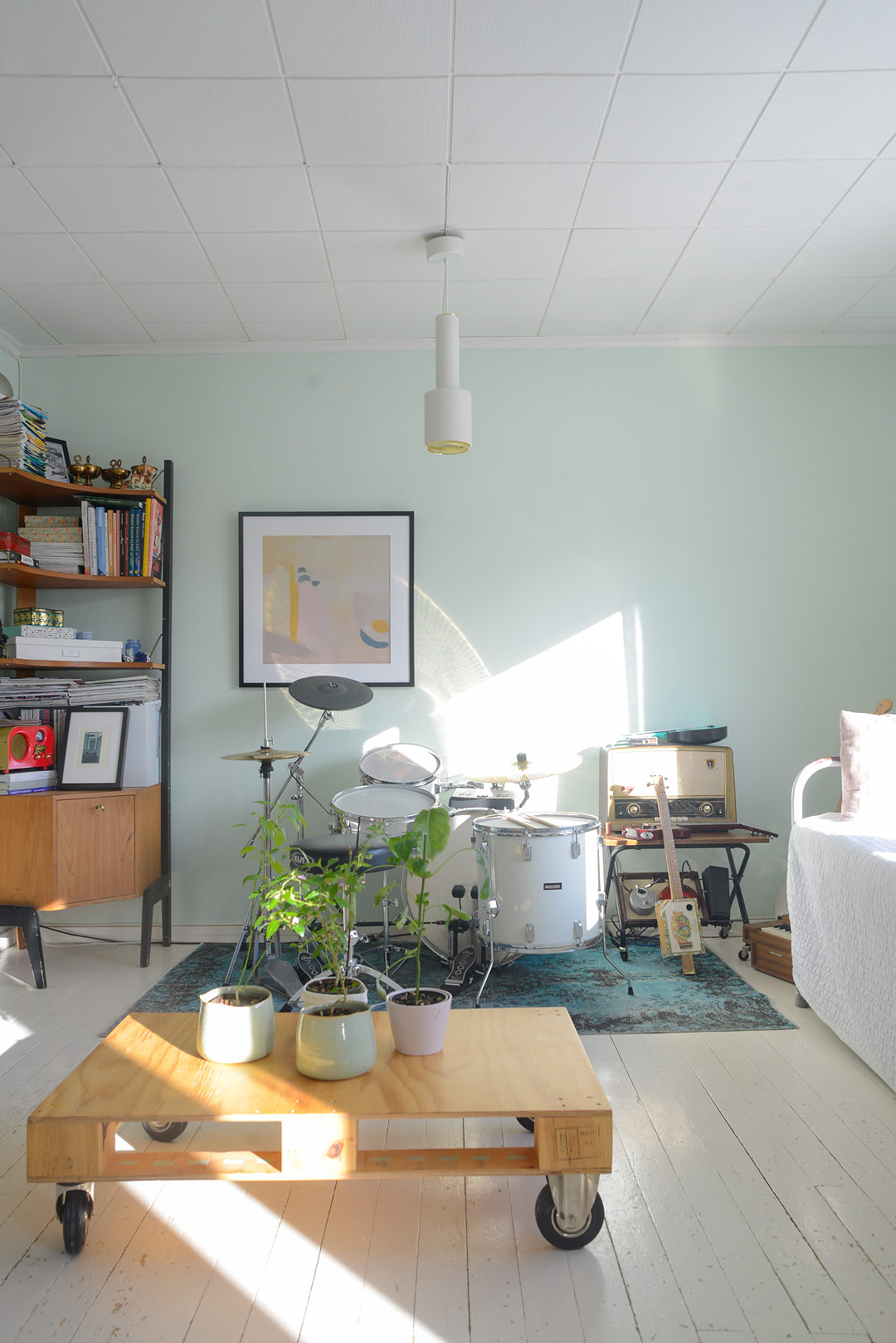 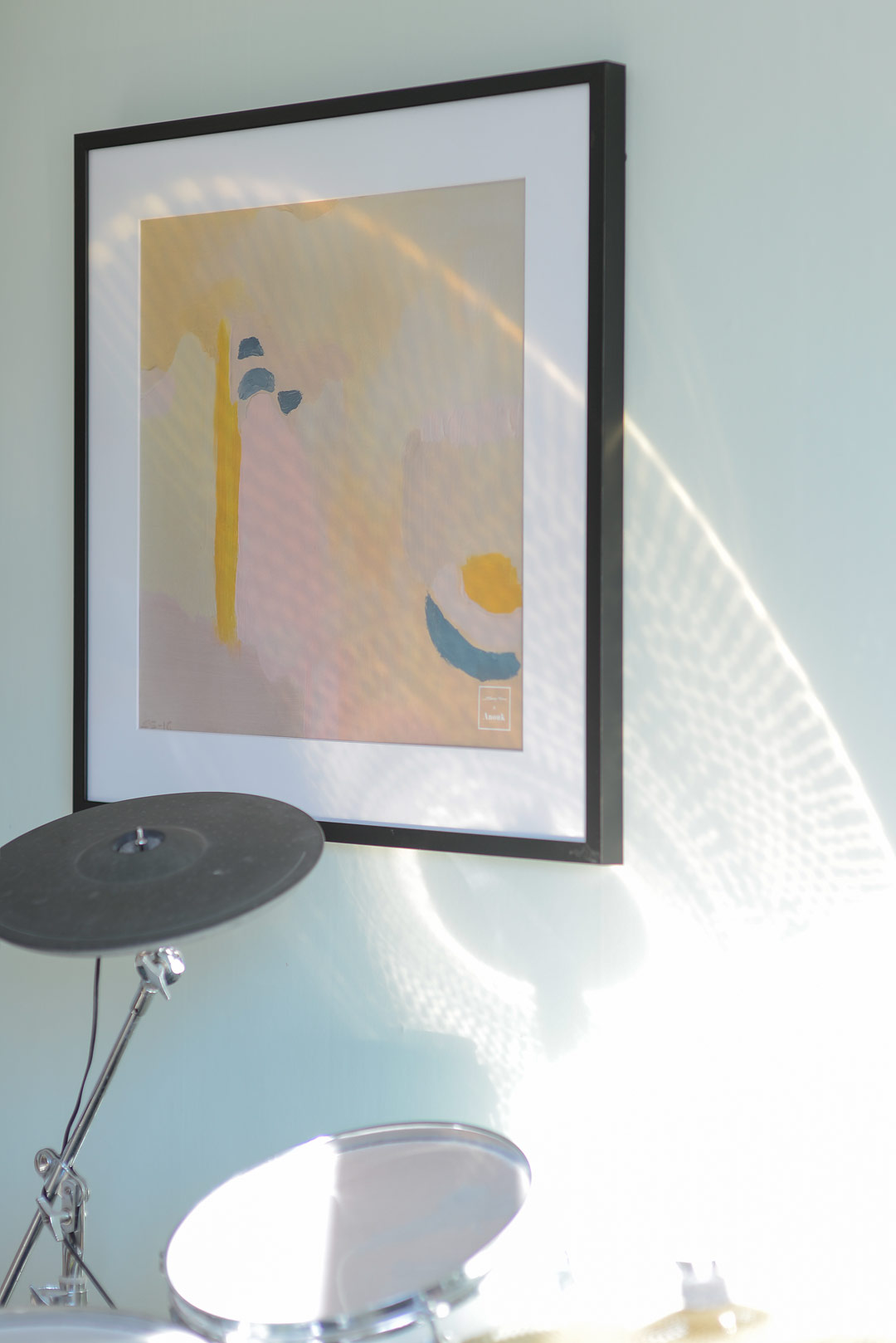 The male population has taken up one sixth of the living area. We have discussed (democratically, of course) its redecorating, but the proposals of the government have been so strongly opposed that it’s been wisest to withdraw. The government has, however, managed get a sigle ray of light on the wall, the gorgeous Sunny side up art print by Saija Starr. That’s the only eye candy in the man area, and therefore the place where she tries to focus when forced to look in that direction. 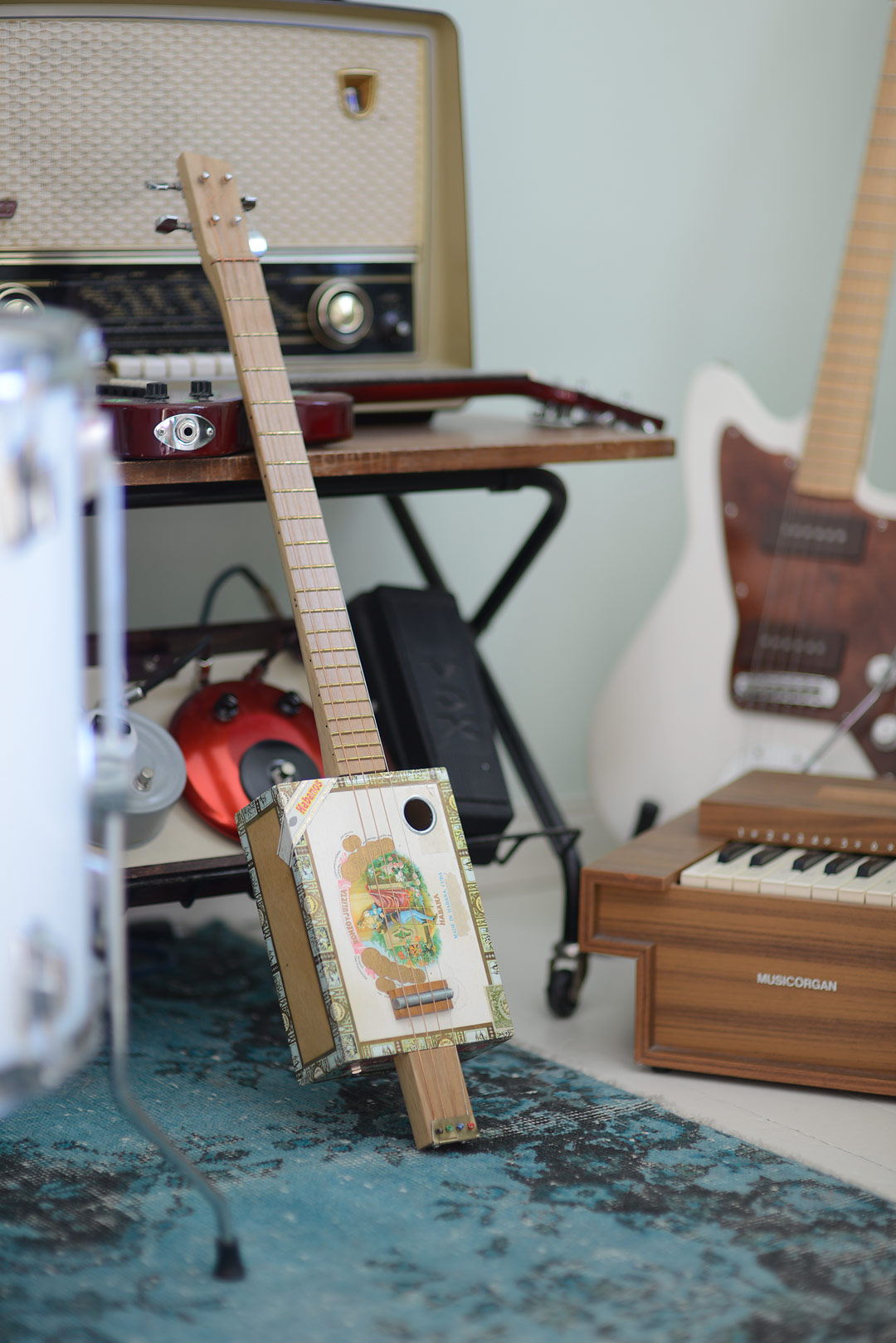 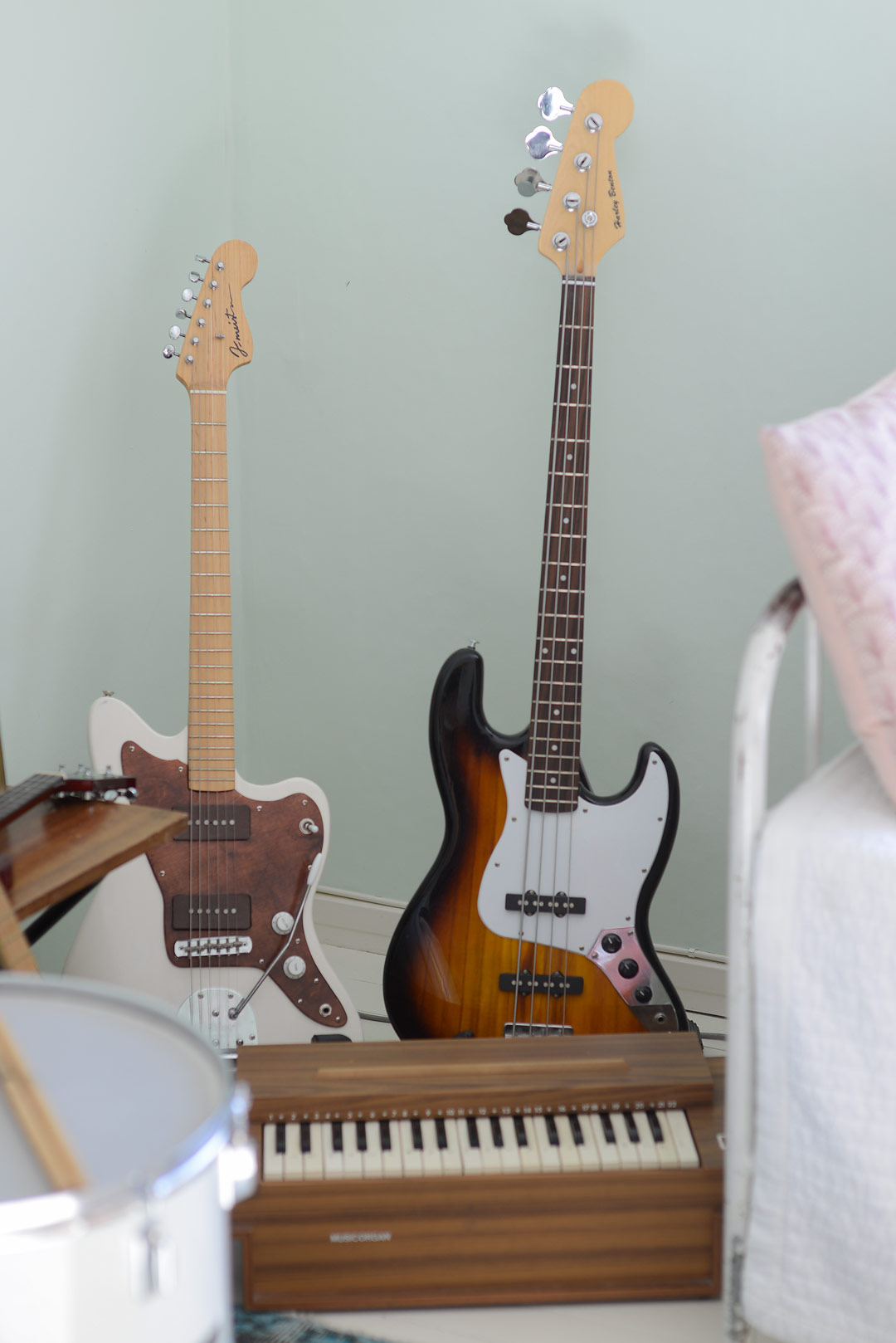 In a facebook group for interior enthusiasts, a top Finnish interior designer suggested that the entire living room should be based on the interests of the male population. In this case, music would become the theme of the room, meaning darker tones and focus on musical instruments. The proposal would certainly create a stylish and harmonius entity. BUT. The government was not ready to give up its own pastel colored details. In addition, the house already has two rooms with dark walls, the bedroom and the home office. The living room with its southern window has been a bright place for the administration to take photos for her blog and Instagram.

Fortunately, the male population was not eager to start a new, tedious painting project.

So at the moment we are still living in a compromise-filled living room. But it seems everyone is happy enough.

How about you, who makes decor decisions in your household? Is it dictatorship or democracy? Or maybe anarchy?

+ There are no comments